Decentralization: The Future “What” and “How” #18 Innovation Newsletter

The decentralization of manufacturing, of services, and of innovation processes is happening or at least on the horizon all around us, with great potential to disrupt major industries. It’s a revolution powered by digital technology.

Here we’ll take a look at three non-manufacturing organizations, all of which are reaching their fifth anniversaries. They provide instructive examples of decentralized approaches that have led to rapid growth. Each capitalizes on hyperconnectivity and the direct connection of customers and service providers. Each provides food for thought. 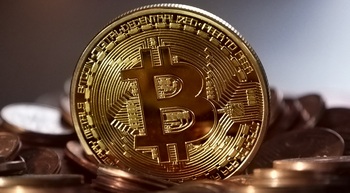 The “cryptocurrency”* bitcoin, launched in January, 2009 is based entirely on decentralization. Bitcoin defines itself as “the first decentralized peer-to-peer payment network that is powered by its users with no central authority or middlemen.”

For most users it’s an app or program that works as a digital wallet, allowing them to send and receive bitcoins as payments. What makes it work, though, is a shared public ledger through which transactions are verified, authenticated, and recorded by certain users who “process” them with specialized computer hardware (and receive, of course, bitcoins as their reward).

As discussed in a recent Forbes article, it’s all about decentralized trust; no single entity is relied upon, but the network is. Decentralized transaction processing takes the place of a centralized banking system. Furthermore, no single entity owns the bitcoin network; it’s a distributed computing project, controlled and developed by its users. From its very inception it was decentralized, as a concept first proposed and proved on cryptography mailing lists and then developed by a community as open-source software.

The price of bitcoins soared beginning in 2011, but it is beginning to stabilize. Bitcoin says that by the end of August 2013, there were about $1.5 billion of bitcoins in circulation. While its future is uncertain, it has inspired the development of alternative cryptocurrencies and it is a groundbreaking model of the power of decentralized networks of users.

Marketplaces of all kinds are being created based on the decentralization fostered by hyperconnectivity. Need a place to stay? AirBNB connects travelers with individuals who have a place to rent. Need something done?

TaskRabbit links your specific task with a network of vetted helpers who can do it. Need a ride? Uber is a marketplace that connects cars and drivers with ride-seekers, via an app that allows you to hail a car and bring it to you. And it’s a force to be reckoned with.

Uber was founded in 2009 and first launched in San Francisco as a small venture in 2010. It owns no cars and hires no drivers; instead, it negotiates contracts with them in exchange for a percentage of the fare. Local operations are distinctly autonomous as well, with entrepreneurial local managers and teams that are steeped in the idiosyncrasies and needs of their local markets and have the latitude to devise their own ways of promoting services and recruiting drivers.

That relatively straightforward model of decentralization is beginning to disrupt the incumbent taxi industry wherever it takes hold. Uber is an aggressive company, and it’s getting a tremendous amount of pushback from existing taxi operations and causing confusion among local policymakers. In a recent interview with Financial Times, Travis Kalanick, Uber’s “trust-busting” CEO, said that despite the challenges, “Ultimately, progress and innovation win.”

So far, that theory is proving out. Uber has launched in 100 cities around the world, including China and India. Last year, the company was valued at more than $3 billion, and was speculated to be earning more than $20 million a week with 400,000 active customers or “clients.” It’s revenue growth is 20% per month, and users are clamoring for it in communities where it’s not even able to operate yet. “We have 150,000 people who’ve opened the app in Miami,” Kalanick said, adding, “we have no operations in Miami.” Furthermore, the Uber business model could expand to encompass other logistics like delivery services and couriers. One of its engineers has just launched a new app called Pager, designed to bring doctors to you.

The project funding platform Kickstarter also just celebrated its fifth anniversary. Its goal has remained the same from the beginning: to connect people who have an idea with people who would like to see that idea actualized (and who are willing to provide the funding to make that happen).

In exchange, they receive a reward of some kind, but not a share or any say in the venture. Kickstarter says it has raised $1 billion for more than 60,000 projects in its first five years. In 2013, those projects included international award-winning films, classrooms built from shipping containers, and Pebble, a customizable watch.

In a recent interview with the Financial Times, Yancey Strickler, Kickstarter cofounder and CEO, discussed the decentralization at the heart of the effort, saying it’s fundamentally about individual empowerment. “The aim is to have a sense of purpose but not feel the need to control it much beyond that. This is a canvas that everyone can plug into. Seeking control can be a dangerous thing on the web.”

So how do the principles of decentralization – through networks, marketplaces, open innovation platforms – apply in your organization? Shell has been using it for almost 20 years now in its well-known GameChanger program.

Created in 1996, it’s a crowdsourcing platform through which entrepreneurs can submit proposals for ideas that overcome specific technical challenges. Not new but still news, its potential to influence the future of energy was recently cited on The Street as a model that EU countries should be monitoring as they deal with uncertain energy supply from Russia.

First, a short description of an idea is submitted electronically through the GameChanger website and then vetted by Shell professionals with diverse backgrounds at three levels:

Then, if proof of concept is successful, the innovation can go one of three ways;

1. Become proprietary to Shell, going into its business units or lines.
2. Be licensed to a third party.
3. Become a spin-off venture.

Since 1996, Shell has funded more than 3,000 ideas presented by individuals, of which 300 have turned into commercial projects. But the people behind GameChanger recognize they need to keep changing too. As Russ Conser, Manager of GameChanger, wrote.

“GameChanger is in the process of innovating how we innovate ourselves. We believe strongly that the future belongs to open innovators, but this is much more than holding a few contests, or launching a few smart strategic partnerships…. [W]e think there is a growing gap between the internal capacities of large organizations like Shell, and the rapidly evolving innovation frontiers of a flat and hyperconnected world. Developing new mechanisms that allow us to tap and scale ideas across that gap will be critical to our future success.”

He says they’re not sure exactly how that will look, but they see “a shift from ‘inside-out’ open innovation to ‘outside-in’ open innovation” that will “enable novel things to get started in safe spaces, not only outside of the company, but outside of our direct control.” One key feature Conser sees is the need to find a way to foster not only innovative individuals or teams, but also innovation “scenes” – communities that bring together people, infrastructure and capabilities and which “foster innovation in ways that are unimaginable at the outset.”

Decentralization is a major theme in how industries and processes are changing. And there are many good examples of companies creating new business models and experimenting with open innovation. The key for your company is this: whatever approach you adopt, it must be adaptable to your objectives and company environment. Lifting ideas for the innovation process from other companies can work – but it’s critical to try to match them in a way that will work in your environment.

* A new form of money that uses cryptography to control its creation and transactions, rather than a central authority. (Bitcoin website)

Names like Jeff Bezos (founder and CEO of Amazon) have become synonymous with disruptive innovation. What can we learn from leaders who, like Bezos, have not only achieved entrepreneurial breakthroughs but gone on to nurture them into big businesses that continue to innovate?

Companies face continuing challenges that demand fresh perspectives on questions such as: How do I grow my organization? How can our organization disrupt the space we compete in? What strategies and concepts will enable us to change or improve the consumer experience?