Operational excellence, continuous improvement, lean management—no matter what you call your pursuit of perfection, in order to sustain it employees have to be “engaged.” You hear it all the time—“we need to get everyone engaged in problem solving … to make them accountable for improving … to motivate them to work together.” 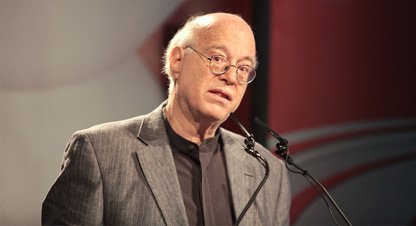 But aren’t people naturally motivated? As organizational psychologist David Mann said in a recent issue of this newsletter, “most people come to work wanting to do a good job.” (See “Servant Leadership in a Lean Organization” Operational Excellence Newsletter, Issue #12.) Why, then, is true companywide “engagement” elusive? The problem is that organizations often impede the natural motivation of individuals. “It’s an organization’s responsibility,” as Mann said, “to remove the barriers it has imposed—almost always unintentionally—to people’s ability to express their motivation and to do a better job.” Perhaps we need to take a deeper look at the nature of “engagement.”

The worker as craftsman

In his book The Craftsman (Yale University Press, 2008) sociologist Richard Sennett describes the work of a dedicated carpenter, lab technician, or conductor: “Theirs is practical activity, but their labor is not simply a means to another end.”

In fact, he says, “The craftsman represents the special human condition of being engaged.” (p. 20) That is, he or she performs skilled work well for its own sake. Craftsmanship affords emotional rewards: it anchors people in a “tangible reality” (I can see, hear, touch, understand, adapt, and affect my work), and it yields a result in which people can take pride.

That’s our aim in our companies, institutions, and organizations. So how do we invoke that spirit across communities of employees? Sennett describes the two basic formulas the modern world has used to try to motivate people “to work hard and well.” (p. 28) Both should sound familiar:

Both ways can play a role in the balancing act of motivating communities of people; but taken on their own, each is fundamentally flawed and can hinder improvement. Simply exhorting people to work hard and do better without a system designed to support those mandates is not a reliable or sustainable recipe for engagement or success. (Remember Deming’s caution to eliminate slogans and exhortations.) And setting up coworkers or internal teams as competitors encourages them to hoard information and to optimize work for their own position, department, or team, which leads to sub-optimizing the big picture.

In organizations where a kind of “institutional craftsmanship” exists, Sennett observes certain characteristics that resonate with lean thinking and continuous improvement:

These characteristics are integral to lean thinking and the Toyota Production System (TPS).

Lean as a system of “institutional craftsmanship”

Quoting a passage from his earlier book, Toyota Production System: Beyond Large-Scale Production, he writes:

We see the outward-facing perspective—the mastery of coordinated plays that respond to “any situation”; the transparency that brings weaknesses to light so that individuals and discrete segments of a process can be developed; and the interplay within the system that makes it work.

Ohno extends the baseball analogy to describe the way that TPS integrates teamwork as part of the system: “A championship team combines good teamwork with individual skill. Likewise, a production line where just-in-time and autonomation work together is stronger than other lines. Its power is in the synergy of these two factors.”

He rejects competition as the basis for motivation: “To develop teamwork, the competition between players must be eliminated and a spirit of mutual cooperation created. The Toyota system endeavors to instill a team atmosphere naturally by having workers develop skills in several areas.” (p. 35) The team works together in a natural flow of problem-solving to improve its ability and each individual’s ability to make the plays needed. In order to do that, the players must have internalized their knowledge; it must have become tacit knowledge. That only comes through repeated practice.

The role of the gemba walk

For Ohno, being in the gemba (the actual workplace), was a core principle that drove the evolution of skills and connected leaders to the real work and the real state of affairs. Lean practitioners now talk about “gemba walks” and “leader standard work.”

Back when Ohno was writing, the idea of going to the gemba was put forth by Tom Peters as “management by walking around” (MBWA). In writing about MBWA, Ohno sheds light that helps connect the dots between gemba walks, visual management, and engagement:

We see again the impersonality of standards, the importance of talking about the work, and the greater importance of getting everyone to see the same thing and develop a common awareness, to maintain an outward-facing focus on the process.

For Ohno, the tenets of the Toyota Production System were not static; they had to evolve and adapt continually. And that could not be sustained through mere imitation. He writes:

That spirit of pursuing a never-ending goal and evolving is present in true craftsmanship as well. Engaging in a craft requires repetition, personal practice, commitment, and time. Sennett writes, “Craftsmen take pride most in skills that mature. This is why simple imitation is not a sustaining satisfaction; the skill has to evolve.

The slowness of craft time serves as a source of satisfaction; practice beds in, making the skill one’s own. Slow craft time also enables the work of reflection and imagination—which the push for quick results cannot. Mature means long; one takes lasting ownership of the skill.” (p. 295)

And Ohno saw TPS itself as evolving from the shopfloor to a complete management system, as a craft that leaders needed to own, critique, and practice:

There’s no recipe for engagement; cultivating it takes evolving practice. But a few principles we can glean from Sennett and Ohno provide some guidance:

Q. What’s the relationship between lean and growth? Can the two be linked?

A. Any company that has experienced success with Lean knows its power as a key force in systematic, long-term, organization-wide operational improvement. But understanding that Lean approaches can support and facilitate systemic innovation requires a mindset change for many executives.

Most have encountered Lean in the context of the manufacturing shop floor, where eliminating wait time, excess inventory, and other wastes draws the spotlight. Waste-elimination is at the heart of Lean, but Lean practices can also enhance innovative, game-changing strategies and the creation of new value in at least five important ways. Find out these five key ways in our white paper “Lean Practices Support Innovation“.

Visual Management is a cornerstone principle of lean implementation. As defined in LeanSpeak a visual management system means “systematic attention to the goal of companywide integration of visual operation, including workplace organization and standardization (5S), visual display, visual metrics, and visual control.

"Team chartering" (often referred to as "project chartering")– what it is, why it is important and the elements that go into a great charter.